From Now Until December 31st 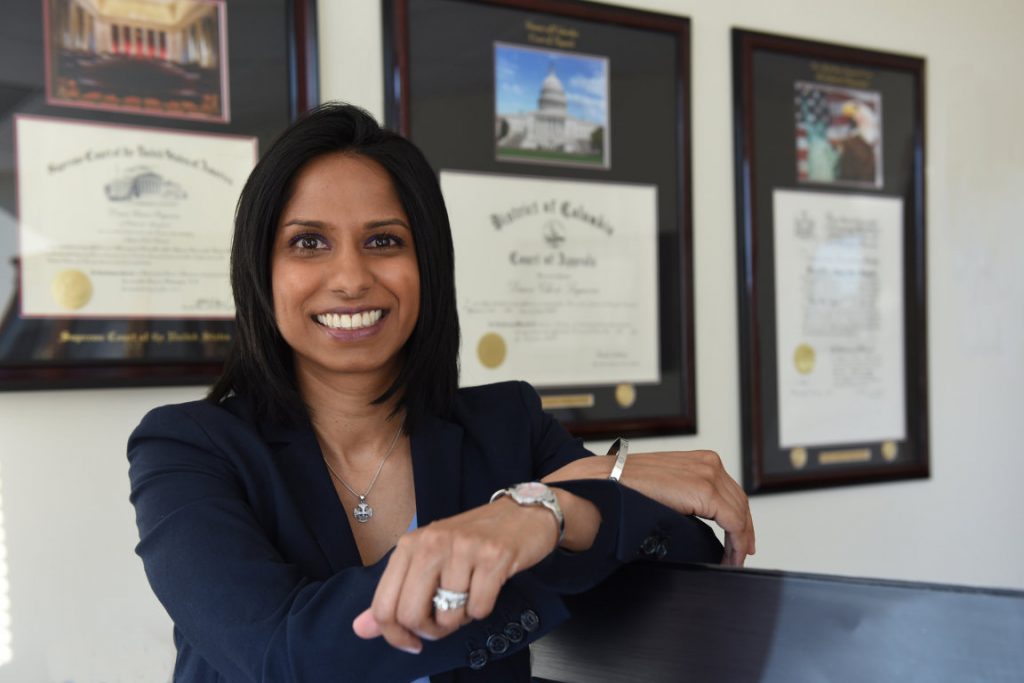 Upon becoming a lawyer, Dawn immediately began litigating cases in Immigration Court located within the Washington, D.C. metropolitan area, Los Angeles, and New York City. It was then that she became intimately familiar with the processes involved in the evaluation and handling of Immigration Law cases from the perspective of the U.S. Department of Homeland Security and the Executive Office for Immigration Review.

Dawn has successfully represented individuals and corporations before U.S. Citizenship and Immigration Services, The Administrative Appeals Office, the U.S. Department of State, the Executive Office for Immigration Review, and the Board of Immigration Appeals. In 2015, Dawn took the knowledge and experience she had gained with her to open her own immigration law firm.

Dawn is passionate about and supports scientific research as well as the performing arts. She is a lifetime member of the American Association of Indian Scientists in Cancer Research. Her firm donates to the Baryshnikov Arts Center in New York City, NY.

With nearly 10 years of experience contributing to legal initiatives on behalf of small business, Fortune 500 companies, hospitals and the federal government, Dawn has a reputation for being a lawyer who goes the distance to get the best possible outcome for clients and deliver “winning immigration strategies.”

Dawn’s legal practice is focused on complex immigration matters that other law firms have either abandoned, declined to represent or have failed to obtain favorable results. Dawn believes that being able to succeed on extremely complicated cases is the very value of retaining an immigration attorney.

Legacy Immigration is a full-service immigration law firm based in Bethesda, Maryland.

We want to help you navigate through the complex field of Immigration Law. Contact our office today. Please call 301-529-1912 to schedule a consultation.